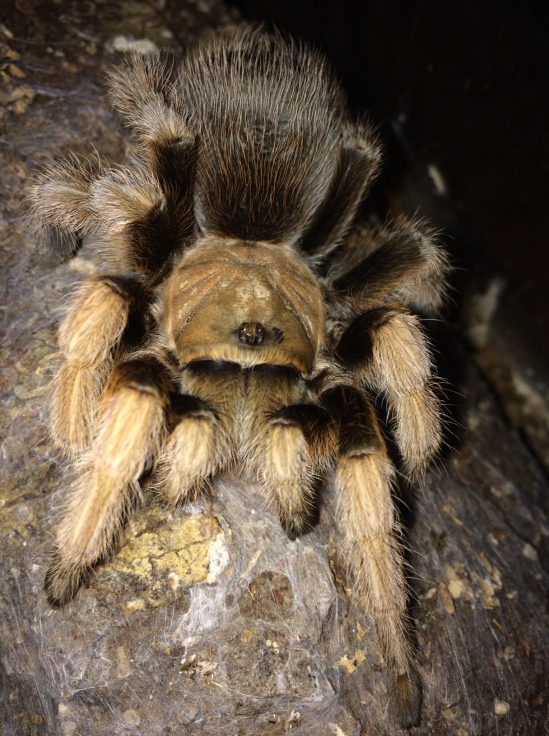 In the past, when it comes to tarantulas, I have always said that the genus Brachypelma is my favorite. My second favorite is the genus Aphonopelma, which is made up of over 90 species, most of which are from the United States. They have a similar size to Brachypelmas but tend to be stockier in build and for the most part, have the same disposition and life expectancy. They are also very easy to care for. 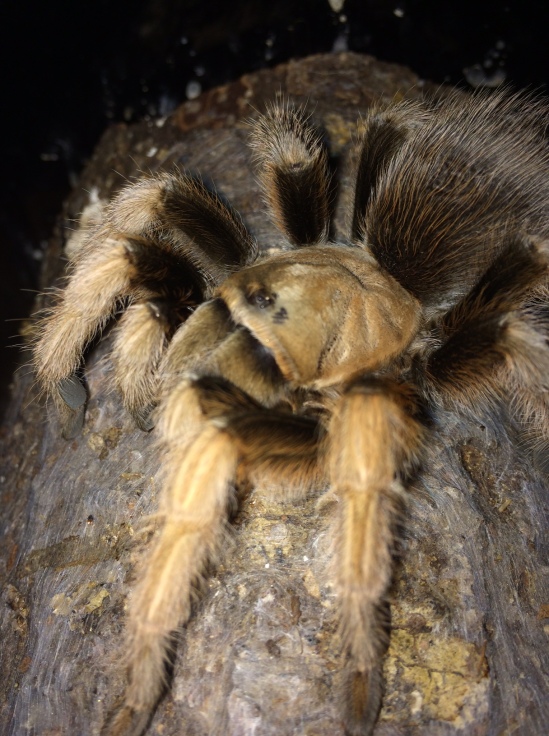 Perhaps the best known of the Aphonopelmas is the Arizona Blonde, Aphonopelma chalcodes. It can be found in Arizona and parts of Mexico. They live either in burrows that they make themselves or those that may have been made at one time by rodents. They can be found at the base of trees and cactus quite easily as the holes are usually rimmed with web that really stands out in the desert sun.

The bodies of adult females can be two to three inches long with a legspan of five inches. The males tend to have shorter bodies with longer legs. In the wild, during mating season, males in the thousands can be seen out looking for receptive females to mate with.

Females are thought to live up to 25 years, with males living 8 to 10 years. Though they are not known to be biters, I do find the species to be very nervous. My fear with handling mine is that it will try to run and possibly fall if spooked. Interestingly enough, the one I found in the wild actually seemed a lot calmer than the one I have in my collection and didn’t seem bothered by being handled and in fact, was quite calm.

Checking out a tarantula hawk wasp.

In 2016, I was in Arizona and was able to spend some time looking for scorpions and tarantulas in the wild at night. One of the telltale signs that we were in the right area was the amount of tarantula hawk wasps in the area during the day. The scorpions were very easy to find with the aid of a black light but tarantulas seemed no where to be seen. Then suddenly, as I was scanning the ground with my flashlight, I saw one scoot quickly into its burrow. My heart started racing. 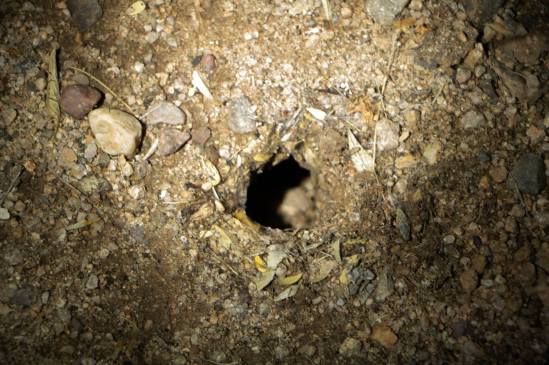 The burrow of an Arizona Blonde.

Using a long length of grass, I was able to use a method called fishing to coax the tarantula out and when it showed itself, it was a beautiful Arizona Blonde. I temporarily blocked the entrance to her burrow, wanting to be able to photograph, and perhaps handle her. 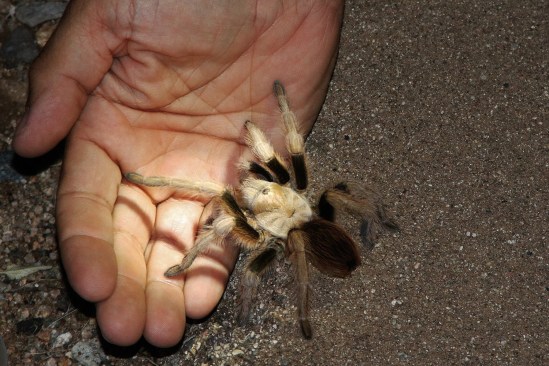 She was very calm, showing no signs of nervousness or aggression and readily allowed me to handle her. I was actually surprised at her demeanor as the one I had at home always seemed so nervous. I wish I could’ve kept her and brought her home with me but needless to say, I gently put her back on the ground in front of her burrow, and she immediately went back inside. A lifelong goal had been fulfilled.

Aphonopelma chalcodes is a great beginner tarantula and a must have in every tarantula collection. In the past few years many new species in this genus have been identified, some with comparable colors to the Brachypelmas. This is definitely a genus that deserves more recognition.