As of this writing there are 954 known species of tarantulas in the world, with dozens upon dozens of described genus names. As research continues on these fascinating animals, new genus and species names are created and animals are being shifted into new nomenclature. You just never know when what you had yesterday as a Brachypelma smithi could now be Brachypelma hamorii tomorrow. What one day was Avicularia versicolor is now Caribena versicolor. As new species are discovered and more research is done, I am sure these shifts will continue.

Let’s start with Old World. Tarantulas from this area of the world tend to be much more aggressive and faster moving. They are usually sleeker in design which allows them to be fast when they need to be. Most do not have urticating hairs (hairs that cause itching and irritation in humans) and rely on their strong bite and more potent venom when threatened. They are also more inclined to go into threat mode with little provocation. Some of the more commonly known genus names are Cerotygrus, Chilobrachys, Coremiocnemis, Harpactira, Heteroscodra, Hysterocrates, Lampropelma, Monocentropus, Pelinobius, Poecilotheria, Pterinochilus, Selenocosmia and Stromatopelma. 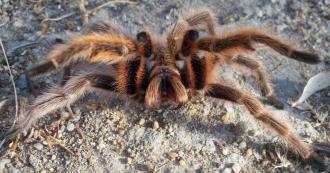 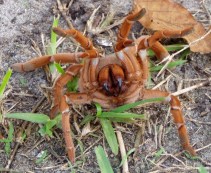 Next is my preference, New World Tarantulas. Tarantulas from this area of the world tend to be slower moving and much less aggressive. This does not mean that they will not bite, but tend to bite a lot less often than those from the Old World. Though biting is usually a last resort, many of these species should never be handled. These tarantulas actually rely on urticating hairs for self-defense and some species, especially in the Avicularia and Caribena genus, are known to shoot feces at a possible threat. They also tend to be stockier and have much heavier bodies. Some of the more commonly known genus names are Acanthoscurria, Aphonopelma, Avicularia, Brachypelma, Caribena, Ephebopus, Grammostola, Lasiodora, Megaphobema, Phormictopus, Psalmopoeus, Pterinopelma, Tapanauchenius and Theraphosa. 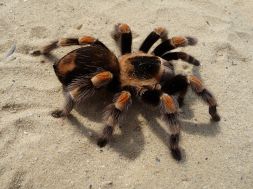 I prefer New World Tarantulas for many reasons. I have always been partial to Brachypelma and Aphonopelma because of the fact that they are long-lived, they are built like little tanks and many have gorgeous colors.  Many Old World Tarantulas live for a much shorter period of time and are oftentimes slim and built for speed. I am a big fan though of the Poecilotheria genus, since they can live up to 12 years and feature some of the most stunning markings and colors ever seen on a tarantula! They also tend to be more aggressive with medically significant venom.

As with everything, everyone will have their preferences, even with the type of tarantulas they keep. Some are strictly Old World while others are New World. Some prefer a certain genus than others and will try to have animals representing every species within that genus. Others still just go for bright colors whereas others like the thrill of owning the most aggressive of species. Whatever you choose to own you will not be disappointed as long as you respect them and what they are capable of. These fascinating animals will keep your interest for years to come!